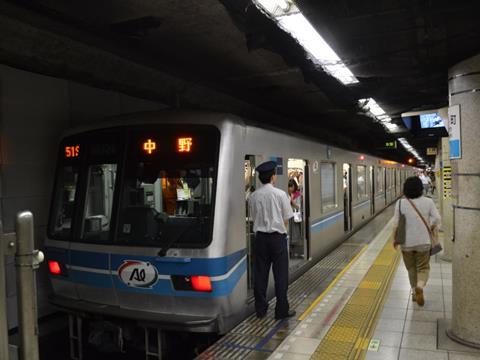 JAPAN: Tokyo metropolitan government has announced plans for two new metro lines to be completed after the 2020 Olympic Games, which the city is hosting.

The lines form part of a wider transport plan the metropolitan government will submit to the Ministry of Land, Infrastructure, Transport & Tourism this month. If approved, the plan will be included in the ministry’s policy for railway construction to be finalised by March 2016, and will be eligible for central government funding.

Although the alignments have not been finalised, one line would link central Tokyo with Shinagawa station, the terminus of the future Chuo Shinkansen maglev line. The other metro line would run from Tokyo Station to the Rinkai waterfront area via Ginza, Harumi, Toyosu and Ariake.

The areas these line would serve are growing in population, and include the future Olympic Village, to be built in Harumi and converted to residential space after the games.

Under separate plans, JR East is to build three lines linking Haneda Airport to Tokyo Station, Shinjuku and Shin-kiba at an estimated cost of ¥320bn.