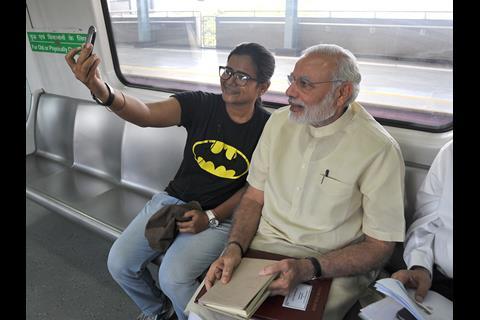 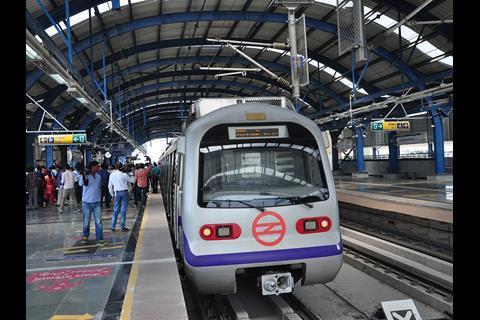 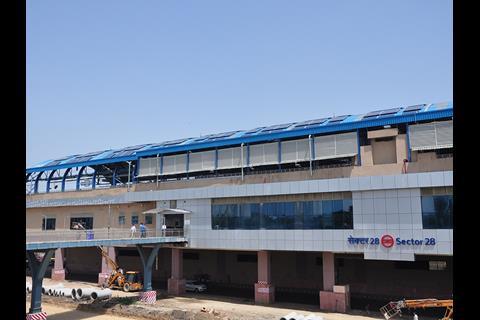 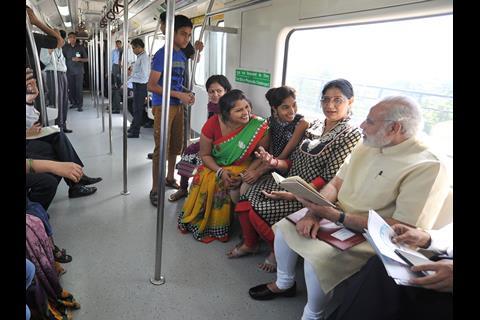 INDIA: Prime Minister Narendra Modi opened the 13·9 km southern extension of Delhi metro Line 6 (Violet) from Badarpur to Escorts Mujesar in the satellite city of Faridabad on September 6. This takes the metro over the border from the capital territory into the state of Haryana.

There are nine elevated stations with footbridges, lifts and escalators, and a depot at Ajronda. The station and depot roofs are equipped with SunEdison solar power systems which are expected to generate 2·5 GWh/year.

A further 3·2 km extension of Line 6 to NCB Colony and Ballabhgarh is scheduled to open by 2017. At the northern end of the route, an extension from ITO to Kashmere Gate will take Line 6 to a total length of 46·6 km with 34 stations.