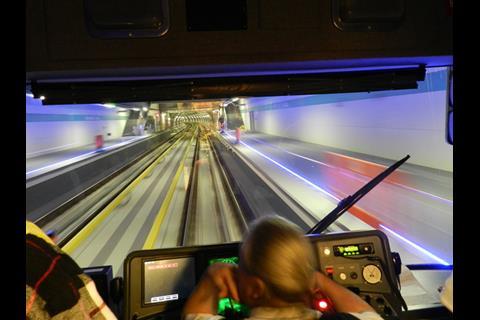 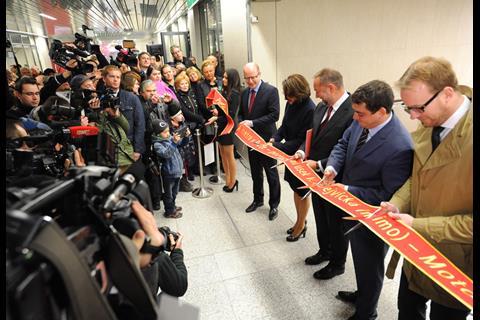 The extension has intermediate stations at Bořislavka (previously proposed as Červený Vrch), Nádraží Veleslavín and Petřiny, which is the deepest at 37 m. The journey time on the extension is 8 min, with a 90 sec minimum headway. The opening of the metro was accompanied by some changes to surface transport in the northwest of the city

The extension was built by a consortium of Metrostav and Hochtief CZ using two Herrenknecht earth pressure balance TBMs, with boring officially launched on June 21 2010.

The total cost of the project was KC20·2bn, slightly less than the initial estimate of KC22·5bn. An EU contribution of €250m is awaiting final approval by the European Commission, while the remainder of the cost is being met from the city’s resources. At the opening ceremony the Prime Minister said the state would help fund metro construction in the future.

Line A is now 17·1 km long with 17 stations. There are long-term plans to extend the line a further 6·9 km west to the international airport at Ruzyně, replacing a bus link from Nádraží Veleslavín station, however there are also rival proposals for a heavy rail link.