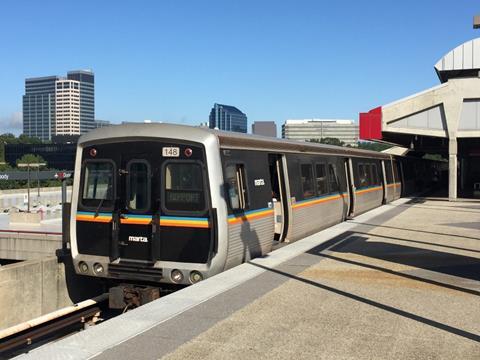 Established last year, the Atlanta-Region Transit Link Authority has been mandated to develop a ‘seamless’ regional transport network, bringing together and augmenting the services provided by a range of local agencies in a bid to reduce the region’s current high level of car usage.

On September 24 ATL announced a list of 76 projects for potential inclusion in its draft Regional Transit Plan. With an estimated cost of $16bn, these have been shortlisted from 192 projects submitted by local government and transport agencies in 12 of the 13 counties. They included proposals from Atlanta’s ‘More MARTA’ expansion plan approved by the city last year. Projects have been selected on the basis of impact, market potential and the availability of local funding, but the authority said other projects which are not yet sufficiently developed could be included in future iterations of the plan.

As well as the proposed light rail ring around the 35·4 km Atlanta Beltline highway, the package includes the Clifton Corridor LRT linking Emory University and the Center for Disease Control & Prevention to MARTA’s Lindbergh Center metro station. A commuter rail line would run from East Point metro station to Jonesboro and Lovejoy in Clayton County, while the north-south Gold Line would be extended from Doraville to a new multimodal interchange in Norcross.

Accepting that the initial proposals could be considered ‘aspirational’, ATL board member for planning Chuck Warbington told local media that the agency ‘had to start somewhere’. ATL expects to start consultation on its draft proposals in October, with a view to finalising the plan by the end of this year.

Voters in Atlanta and Clayton County have already approved new sales taxes to pay for public transport investment, and other counties including DeKalb, Fulton and Gwinnett are expected to put forward sales tax proposals within the next year. However, ATL warned that federal funding would still be required for major projects, including the rail and BRT lines.