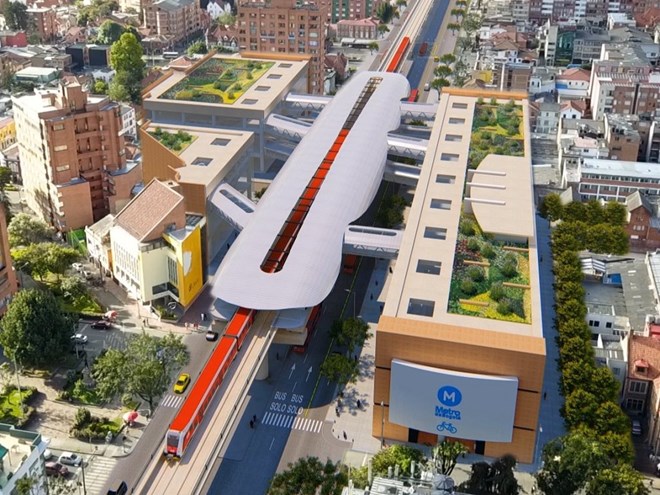 COLOMBIA: The APCA Transmimetro consortium was announced as preferred bidder to build and operate the first phase of the Bogotá metro on October 17. The contract is expected to be signed within 45 days.

Six consortia prequalified for the design-finance-build-operate-maintain-transfer concession, of which five were shortlisted and two eventually submitted bids. Works are expected to begin in the second quarter of 2020, with opening due in 2024. The concessionaire will provide 20 years of operations and maintenance.

The 24 km Line 1 is planned to follow an elevated alignment in the southwest of the city linking Avenida Caracas with Calle 78, serving 15 stations. A fleet of driverless trains is to be procured, and CRRC Changchun would maintian them for 20 years.