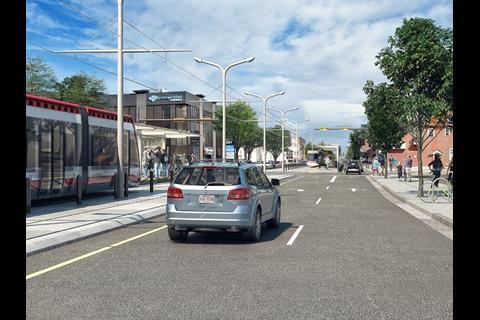 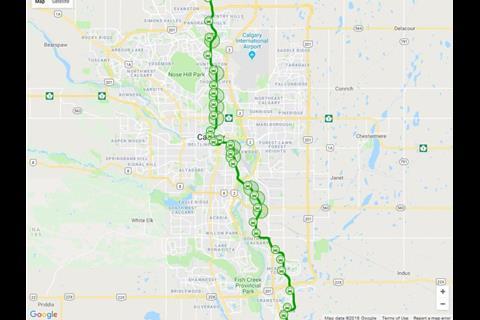 CANADA: The first stage of Calgary’s Green Line light rail route is set to open by the end of 2026, following the confirmation of C$1·53bn of funding by Prime Minister Justin Trudeau on May 15. This is said to be the largest contribution ever made by the Canadian government to an infrastructure project in Alberta.

Total cost of the first phase is put at C$4·65bn. The federal share had been agreed in principle in July 2015, dependent on matching contributions from the provincial and municipal authorities. The city council committed in December of that year to provide C$1·56bn over 30 years, while in July 2017 Alberta pledged C$1·53bn over eight years from its Climate Leadership Plan.

Once completed, the 46 km Green Line would almost double the size of Calgary’s current 59 km two-line network, and carry an estimated 240 000 passengers per day.

The preferred route was approved by the city council in June 2017, running from 160 Avenue N in Keystone to Seton in the southeast, serving 28 stations. The 20 km 14-station first phase would run from 16 Avenue N in Crescent Heights to 126 Avenue SE in Shepard, with the line being extended at both ends as funds become available. A ‘future transit connection’ would link it to Calgary International Airport.

The first stage would require eight major bridges and four tunnels, including a 4 km tunnel under the city centre from 20 Avenue N to Macleod Trail. Three park-and-ride facilities would be provided at Lynnwood/Millican, Douglas Glen, and Shepard. A new depot would be built north of 126 Avenue SE to house the 70 low-floor LRVs needed to operate the route.

Construction is expected to begin in spring 2020 for completion by late 2026. An estimated 20 000 jobs will be created during the design and construction phase, with operations and maintenance providing around 400 permanent jobs.

The government’s contribution will come from the Investing in Canada plan, which envisages a total expenditure of more than C$180bn over 12 years in green and socially desirable infrastructure. ‘Across the country, we are investing in major infrastructure projects that will transform the way Canadians move, work and live’, said Trudeau. ‘Today’s historic investment in Calgary’s public transit system will make it easier for people to get around and connect to the services they need, make our air cleaner, and create thousands of jobs.’