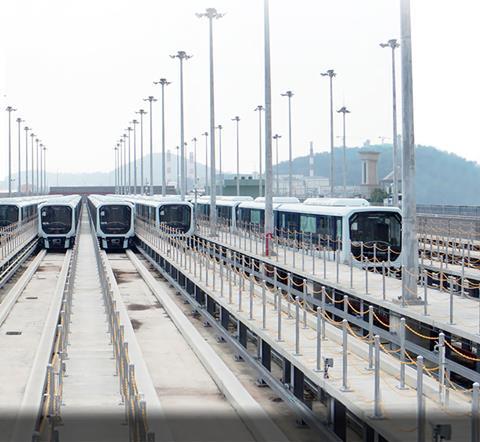 CHINA: The first light metro line in Macau was inaugurated by Macau Chief Executive Fernando Chui Sai On on December 10. Travel is free until the end of the month.

Construction started in 2013. Mitsubishi Heavy Industries has supplied E&M systems under a contract awarded in December 2010, including a fleet of 55 two-car Crystal Mover rubber-tyred driverless trainsets. The vehicles are 22 m long with capacity for 105 passengers.

Services are operated by MTR Operações Ferroviárias. An extension from Oceano to Macao Peninsula is planned.