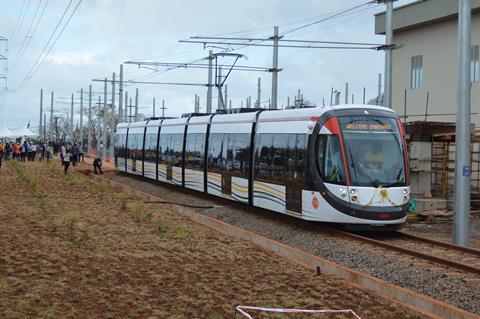 MAURITIUS: The first phase of the Metro Express light rail project was officially inaugurated by Prime Minister Pravind Kumar Jugnauth at a ceremony on October 3.

The 13 km north-south route serves nine stops between Immigration Square in Port Louis and Rose Hill. The second phase, due to be completed in 2021, will add another 13 km from Rose Hill to Curepipe with 10 stops.

The route largely follows the alignment of the former Mauritius Government Railways’ Midland Line, which was abandoned in 1964. Once the whole route is completed, ridership is expected to be 55 000 passengers a day, with and end-to-end journey time of 40 min.

The project is being funded through a US$275m grant and a US$250m loan from the Indian government. In July 2017 Larsen & Toubro was awarded an Rs18·8bn turnkey contract to build the line and procure rolling stock.

In December 2017 CAF won a €100m contract to supply 18 low-floor light rail vehicles together with depot equipment, vehicle location technology, a driver training simulator and signalling. Six of the seven-section bidirectional vehicles have so far been delivered. 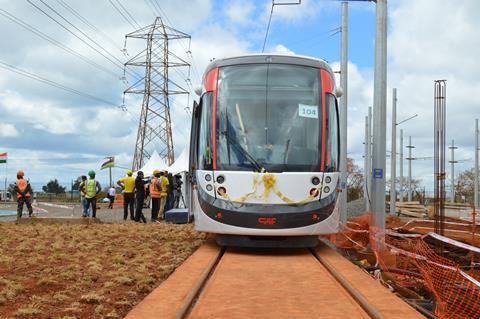