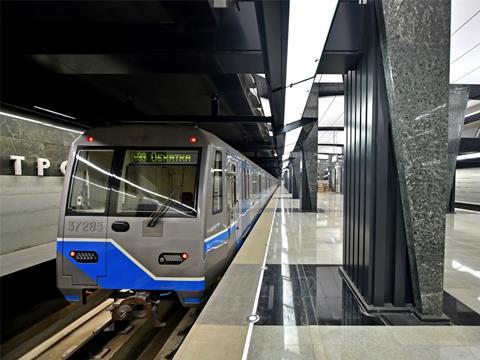 RUSSIA: The Moscow city authorities have announced plans to invest around 700bn roubles in metro projects in 2020-22, with majority of this funding to go towards network expansion.

The funding package includes completion of the 69 km circular Line 11, which will incorporate the existing 3·3 km line between Kashirskaya and Kakhovskaya. The Delovoy Tsentr – Khoroshyovskaya section would be operated as a branch, before becoming part of the future Line 13 in 2025. Line 11 is currently around half complete.

A total of 40 stations are to be added to the network by 2023, with 18 more envisaged in the longer term.