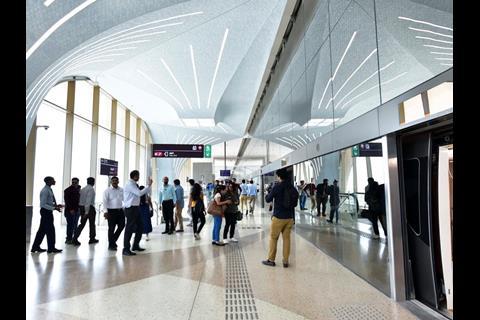 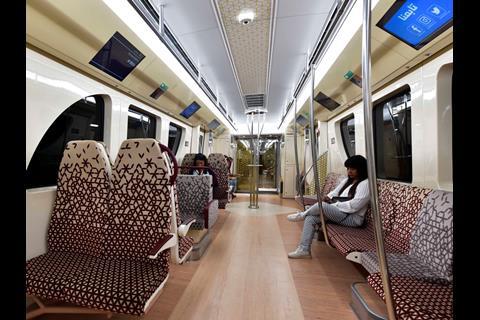 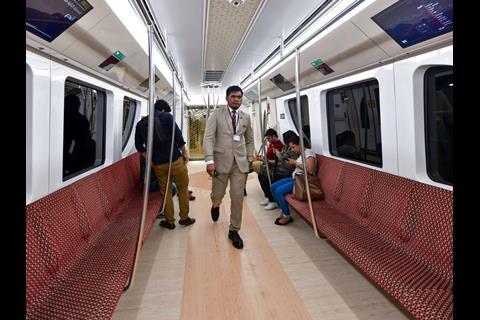 QATAR: A soft launch for the driverless Doha metro took place on May 8 with the start of passenger services on the Red Line.

Services are operating between 08.00 and 23.00 on the section between Al Qassar in the north and Al Wakra in the south, with 13 stations.

The four-station section between Al Qassar and Lusail, and a branch to Hamad International Airport, are due to open by the end of the year, along with the east-west Gold and Green lines.

The Gold Line will run from Al Aziziyah in the west to Ras Bu Abboud in the east, with the Green Line running from Al Riffa in the west to Al Mansoura in the city centre. Interchange between the three lines will be provided at Msheireb.

Services are operated by the RKH Qitarat joint venture between Hamad Group (51%) and a consortium of RATP Dev and Keolis (49%) under a 20-year contract awarded by Qatar Rail in 2017.

Kinki Sharyo is supplying the three lines with 110 three-car trainsets from its factory in Osaka in co-operation with Mitsubishi Corp as part of the railway systems consortium, led by Mitsubishi Heavy Industries.