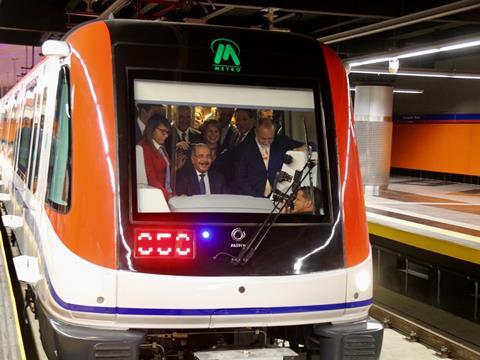 Known during construction as Line 2B, the 4·6 km extension from Eduardo Brito to Concepción Bona adds four stations. Construction started in April 2014 and included the erection of a 645 m cable-stayed bridge across the Ozama River.