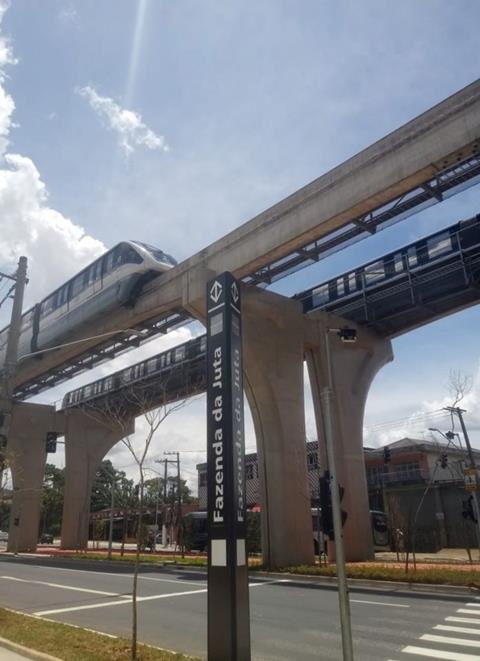 BRAZIL: An extension of São Paulo metro Line 15 from Jardim Planalto to São Mateus opened to passengers on December 16. Services initially run only on weekdays between 10.00 and 15.00, with full operation due to begin in January.

Test running started on November 11. The three-station extension takes the monorail line to 13 km with 10 stations. Ridership is forecast to grow to 300 000 passengers per weekday, from around 100 000 currently. A further one-station extension from São Mateus to Jardim Colonial is under construction, with completion expected by 2021.

Construction of Line 15 started in 2011, with the initial section opening in 2014. The line reached Vila União in April 2018 and Jardim Planalto in August 2019.

São Paulo state minister for transport Alexandre Baldy said that Line 15 would reach Cidade Tiradentes by 2022, adding six more stations to the east. Construction of this section is yet to start, as previous state governor Geraldo Alckmin prioritised the section from the Line 2 interchange at Vila Prudente to Jardim Colonial.

The government intends to start work nex year on a one-stop extension at the other end of the line, from Vila Prudente to Ipiranga, where interchange will be provided with CPTM suburban rail Line 10.