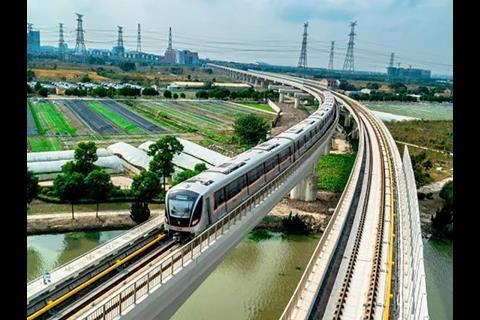 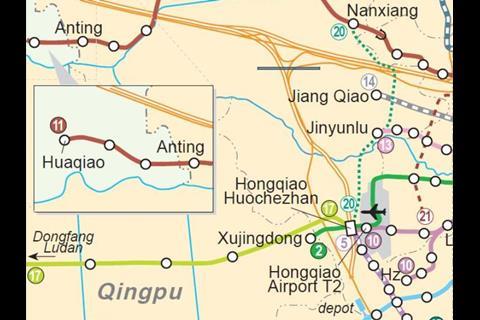 CHINA: Expansions at the end of December cemented Shanghai’s position as the city with the largest metro network in the world. As of December 30, the country’s largest city boasts a 637 route-km metro, keeping its rival Beijing in second place.

Construction started in 2013 and cost 17·3bn yuan. The project includes a depot at Zhujiajiao and one at Xuying which is still being finished. CRRC Changchun has supplied a fleet of 28 six-car Type A trainsets.

Also joining the Shanghai metro on December 30 was an eastern extension of Line 9. Linking Middle Yanggao Road with Caolu, the 14·1 km underground extension features nine stations and a depot near Caolu. Construction started in 2013 and cost 12·7bn yuan.