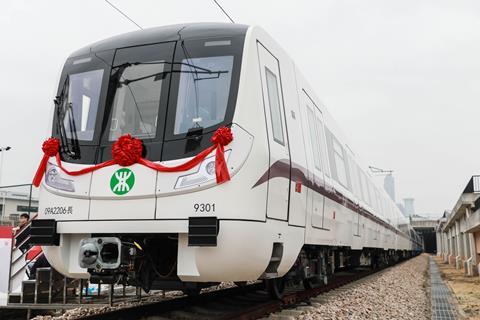 CHINA: The second phase of Shenzhen metro Line 9 officially opened at 11.00 on December 8. The latest opening brings the network to 303·4 km.

The western extension from Hongshuwan South to Qianwan adds 10·8 km and 10 stations, bringing Line 9 to 36·2 km with 32 stations.

CRRC Changchun has supplied 22 six-car Type A trainsets for the second phase, the first of which arrived at the end of February. The manufacturer had previously supplied 29 for the first phase, which opened in October 2016. The trains have a crush-load capacity of 2 502 passengers and a maximum speed of 80 km/h.