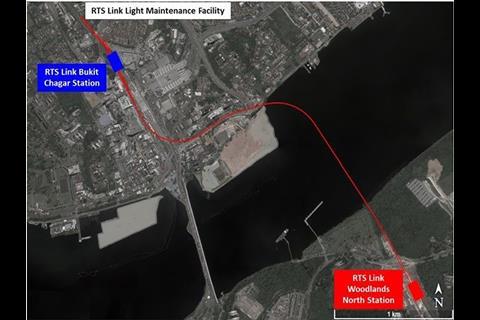 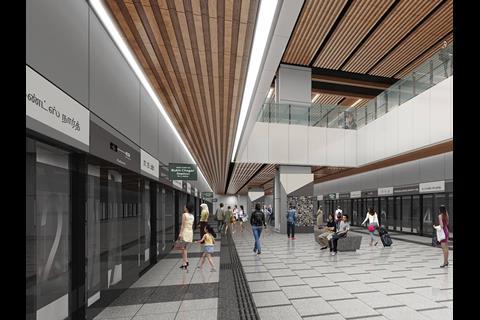 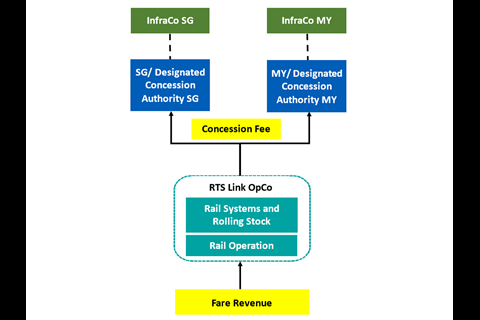 ASIA: The project to build an international metro connecting Singapore with Johor Bahru across the Straits of Johor in Malaysia has been put on hold until September 30, the two countries announced on May 21.

Singapore said it had agreed to suspend the Johor Bahru – Singapore Rapid Transit System Link Project ‘at Malaysia’s request and in the spirit of bilateral co-operation’.

Malaysia will bear the costs of suspension, and if it does not proceed with the project by September 30 it will also bear costs incurred by Singapore in fulfilling a bilateral agreement for the scheme which had been signed in January 2018.

It was envisaged that a joint venture of Malaysia’s Prasarana and Singapore’s SMRT would design, build, finance, operate and maintain the line under a 30-year concession agreement. Opening had been planned for 2024, with the capacity of 10 000 passengers/h/direction being a significant increase on the 300 passengers/h/direction of the existing KTMB Tebrau Shuttle trains, which would cease six months after the start of RTS Link services.

In a joint statement announcing the suspension of work, the transport ministers of the two countries said both sides ‘recognised the urgent need to alleviate traffic congestion’ on the international causeway, which carries 300 000 crossings between the countries per day. They are to continue to discuss other ‘affordable and sustainable solutions’ to address traffic congestion at the border, including the use of new technology for enhanced security and checkpoint efficiency.

Several projects approved by the previous Malaysian government were reviewed when a new administration under Prime Minister Mahathir Mohamad came to power following the general election in May 2018. In September, Singapore agreed to Malaysia’s request to postpone the construction of a 350 km high speed line between Singapore and Kuala Lumpur, and studies are now underway with the aim of reducing the costs of this project. Contracts for Chinese firms to build the Malaysia East Coast Rail Link were also renegotiated to reduce the cost.