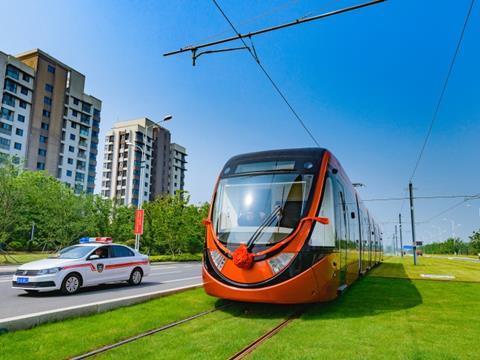 CHINA: The Suzhou tram line was extended by 7·6 km on April 28. The western extension from Longkanglu to Xiyang Mountain adds four stops on a mostly at-grade alignment, with two underground sections.

The first section of the tram line serving the Gaoxin district opened in 2014, and the route is now 25·8 km long. Services are operated with a fleet of 18 five-section low-floor trams produced by CRRC Nanjing Puzhen based on Bombardier’s Flexity 2 design.

A second tram line is due to open in Suzhou in August. The 18·5 km route would have an interchange with the existing tram line at Longkanglu.