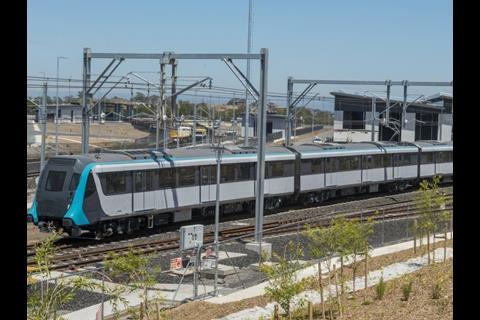 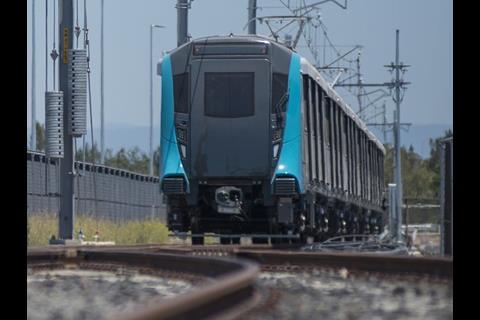 AUSTRALIA: Dynamic testing of the first Sydney metro train has started on the elevated section of the city’s future metro line.

Alstom delivered the first of 22 trainsets to the Rouse Hill depot on September 26. Testing is initially taking place in that area, before being expanded to the rest of the elevated section, and then to the tunnels bored for the project.

The A$8·3bn Northwest first phase of the metro will run for 23 km from Cudgegong Road to Bella Vista on a 4 km elevated alignment before entering a new 15·5 km twin-bore tunnel to Epping. It will then run over a converted suburban railway to Chatswood. Opening is planned for the first half of 2019.

The City & Southwest phase from Chatswood to Bankstown via central Sydney is expected to follow in 2024.