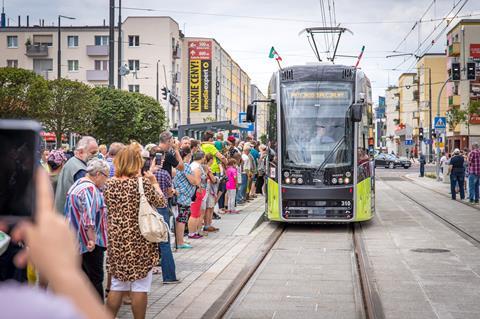 POLAND: Tram operations in Gorzów Wielkopolski have resumed following a three-year suspension while a major renewal programme was undertaken. Services restarted on July 2, as part of a celebrations marking the city’s 763th anniversary.

Trams are running again on the full length of the 9·5 km east–west Route 1 between Wieprzyce, Katedra and Silwaną, although the 2·7 km branch from Katedra to Piaski remains closed while track rehabilitation continues.

The 225m złoty modernisation of the 12·2 km network is being funded from the national budget (160m złoty) and by the European Union (37·5m złoty).