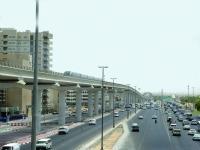 UAE: Following two separate studies, Dubai's Roads & Transport Authority has confirmed its intention to seek government approval to build a 20 km extension of the metro Green Line from Etisalat to International City, Academic City and the Dubai Lagoons for opening within five years.

A 12 km extension of the Red Line from Jebel Ali to the border with Abu Dhabi is also proposed, subject to developments along the route going ahead.

The extensions to the driverless metro lines form part of the city’s Rail Master Plan which is to be submitted to the national government shortly as part of Dubai’s Vision 2030 strategy.