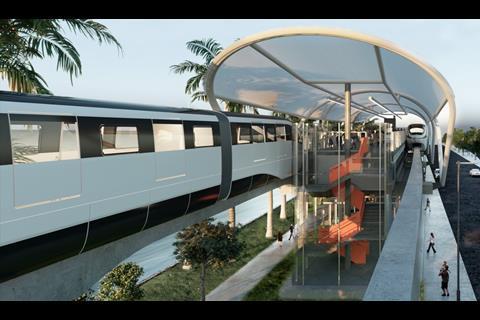 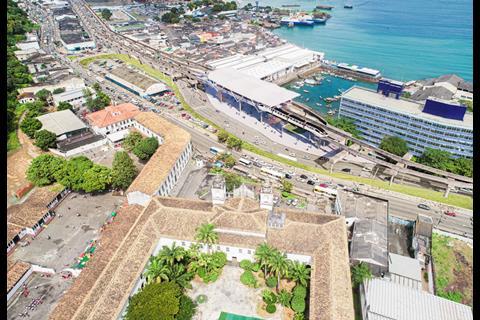 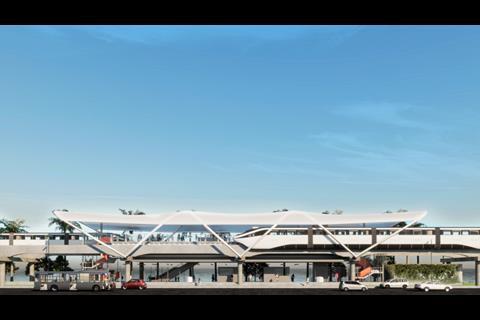 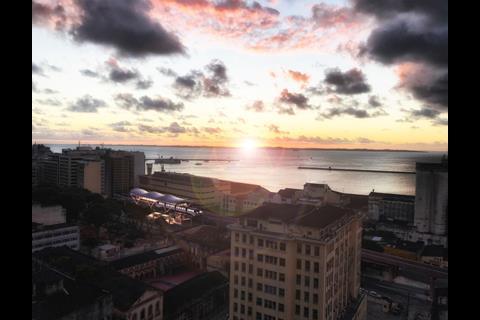 The R$2bn project includes two lines to be constructed in the state capital under a public-private partnership agreement between the consortium and Bahia’s state government.

The Orange Line would connect Bairro do Comércio to Ilha de São João totalling 21 stops, and is expected to carry 172 000 passengers/day.

The 4·1 km Green Line from São Joaquim to Acesso Norte’s metro station is planned for construction after the Orange Line, adding four stops to the network.

The consortium plans to use 28 BYD four-car monorail trainsets, with 23 assigned to the Orange Line, two to the Green Line and three spare. The monorail sets are designed for a maximum speed of 90 km/h and will have an operational speed of 80 km/h, with a capacity of up to 600 passengers.

The first section of the line is expected to open for revenue service by mid-2021, with the both lines operational by mid-2022.