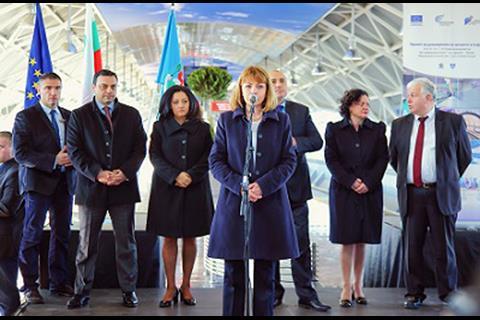 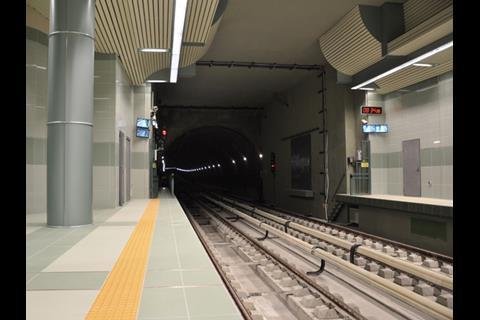 BULGARIA: An extension of Sofia metro Line M1 to the airport opened on April 2. Following an official ceremony at 10.00 passenger services began at 13.00, with free travel for the rest of the day.

The 5 km section extends the line east from Tsarigradsko Shosse with four stations and terminates next to Terminal 2 of the airport. The project was funded by the Transport Operational Programme 2007-13.

Services will run from 05.30 to midnight, with a journey time from the airport to the city centre of 18 min.