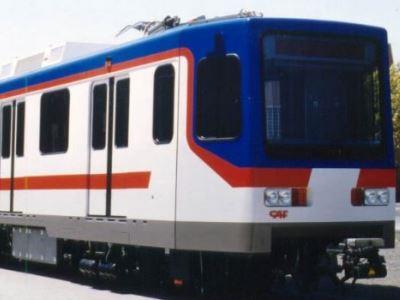 MEXICO: The Nuevo León state government has announced the preferred bidders for contracts to build the eight stations on Line 3 of the Monterrey Metro, worth a total of 479∙3m pesos.

Preferred bidders for four contracts worth a total of 247∙2m pesos were announced on July 7, covering the stations at Hospital Metropolitano, Los Ángeles, Ruiz Cortines and Violeta. Work was expected to start on July 21, with infrastructure works on Line 3 due to be completed for trials to start in March 2018.

A further four contracts were announced on July 12, covering the construction of Conchello, Félix U Gómez, Adolfo Prieto and Santa Lucía. Work on these stations was expected to begin on July 28.

Construction of the eight stations and the rolling stock maintenance facility for Line 3 is being funded with an initial tranche of 600m pesos provided by the federal Secretariat of Communications & Transport. Under the terms of an agreement signed on July 5, the remaining 600m pesos will be released at the start of January 2018, according to Nuevo León Infrastructure Secretary Humberto Torres.