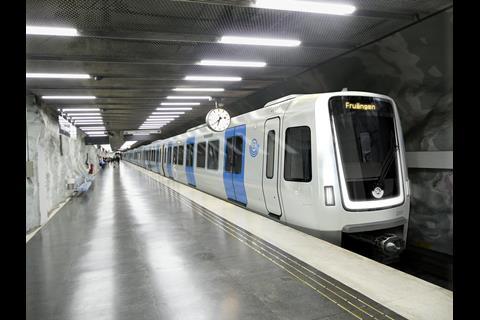 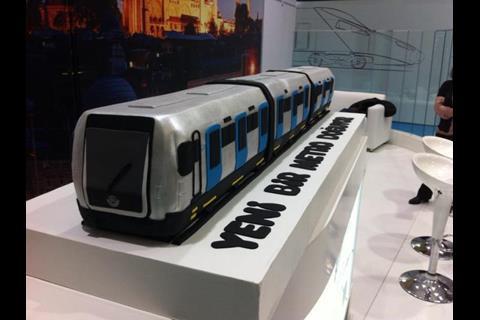 SWEDEN: Bombardier Transportation revealed the design of its articulated Movia C30 metro trainsets for the Stockholm metro Red Line at EurasiaRail 2015 in Istanbul on March 6.

The air-conditioned trains feature three sets of double doors per car rather than two, as well as a reconfigured seating layout, to increase capacity and passenger flow. In addition, the number of wheelchair spaces has been increased to eight.

The trains will have Bombardier’s Flexx Eco bogies and Mitrac propulsion system. According to the manufacturer, 98% of materials used will be recyclable.

The trainsets will have a driver’s cab at each end, but will also be ‘equipped with advanced driverless functionality’. Ansaldo STS is equipping the Red Line with CBTC, with a view to potential driverless operation at some point in the future.

Transport authority SL awarded a SKr5·1bn contract in 2013 for the supply of 96 four-car EMUs, with an option for up to 80 additional units. The 70 m long sets will typically operate in pairs to form eight-car units.

Deliveries from the Bombardier plant at Hennigsdorf in Germany are due to commence in November 2016, with the first trains scheduled to enter passenger service in early 2017.