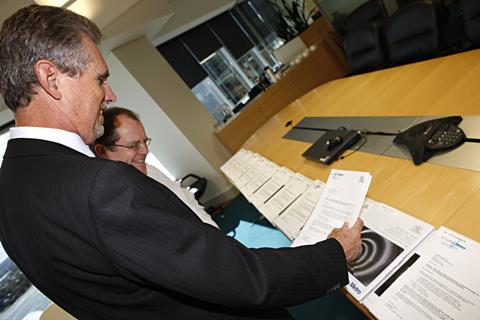 AUSTRALIA: New South Wales’ Transport Minister David Campbell announced on April 29 that 13 groups had registered an interest in the contract to build the infrastructure for the planned CBD metro line in Sydney. These include both local and international companies. Formal Expressions of Interest are to be returned by June 10. The intention is to shortlist bidders in the third quarter of this year with final tenders by the end of 2009, allowing for contract award in mid-2010. The line is expected to open in 2015.

Valued at more than A$1bn, the Permanent Route Infrastructure contract covers design and construction of a twin-bore tunnel between Sydney Central and Rozelle, together with the station boxes. The 7 km line would run north from Central to Town Hall and Martin Place, before turning west to serve Wynyard/Barangaroo, Pyrmont and Rozelle.

The CBD route is intended to form the spine of a larger metro system which would gradually be extended to other parts of the greater Sydney conurbation, now served by the electrified CityRail suburban network. Planning has already started for the West Metro route from Central to Paramatta.

‘Metro is the future of transport in Sydney, and this is a good sign that businesses want to be involved in this ground-breaking project’, said Campbell. ‘This is another major step forward for the CBD Metro project, and demonstrates the government’s commitment to building this vital piece of public transport infrastructure. It is encouraging to see such a strong level of interest.’

The 13 registered bidders are:

On April 20 the government opened the registration process for the second main contract package, known as Integrated Metro Operations. The deadline for initial applications is May 15, and the aim is to award this contract by the end of 2010.

The IMO contract covers the fitting out and operation of the initial line, and may include an element of PPP funding. It includes supply and installation of trackwork, signalling and power supply systems, together with the operations control centre, passenger information and revenue protection equipment, plus station fittings, platform screen doors, ventilation and emergency systems for tunnels and stations. The IMO contractor will also be responsible for provision of the rolling stock, including maintenance and stabling facilities. A fleet of 13 five-car trains 110 m long is envisaged, equipped for fully-automatic operation.