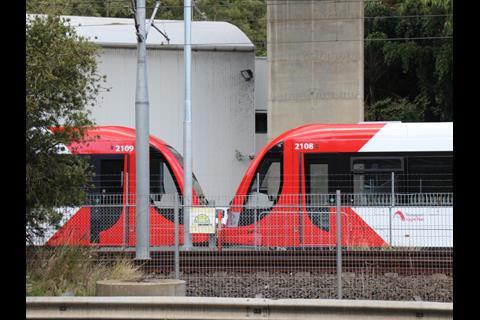 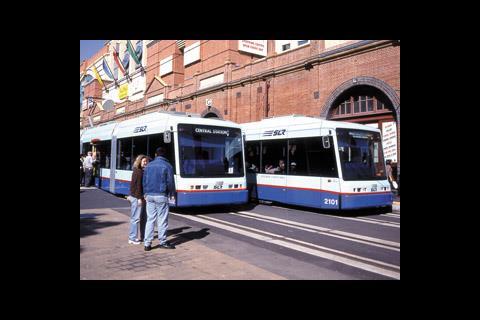 Adding nine stops, including an interchange with Sydney Trains’ Bankstown Line suburban services at Dulwich Hill, the extension follows the alignment of a former freight line which served Rozelle and Darling Harbour. Trams will run every 10 min at peak times and every 15 min off-peak.

The light rail line between Central Station, Darling Harbour and Wentworth was opened in 1997, helping to stimulate the redevelopment of the Pyrmont and Ultimo districts. It was extended to Lilyfield in 2000.

The state is procuring 12 low-floor LRVs from CAF to operate the extended line. Four leased Urbos 2 vehicles used in Vélez-Málaga and Sevilla in Spain have been delivered to augment the original seven Adtranz Variotrams, which will be replaced by Urbos 3 cars now under construction. Additional stabling facilities have been provided at Pyrmont depot and the site of the former Rozelle goods yard at Lilyfield.

The Inner West Light Rail network is currently operated by Transdev Sydney under contract to Transport for NSW. From mid-2015 it will be transferred to the PPP concessionaire selected to build and operate the 12 km CBD & South East light rail line.

On March 7 Berejiklian announced that three shortlisted consortia had been invited to tender for the A$1·6bn project:

Subject to planning approval, the government expects to award the PPP contract in late 2014. The line is expected to ‘take five or six years to complete’.