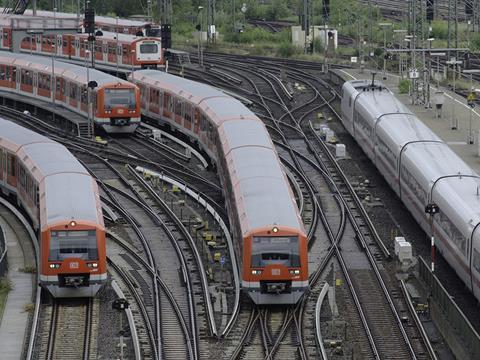 The Digital S-Bahn Hamburg agreement to automate operations on a section of the city’s suburban rail network was signed by the mayor, Deutsche Bahn and Siemens in July 2018.

The trials will form part of DB’s programme to automate part of the Hamburg S-Bahn, which it is undertaking in partnership with Siemens. The €60m project aims to have four trains operating automatically on a 23 km section of Route 21 between Berliner Tor, Bergedorf and Aumühle by the time the city hosts the World Congress for Intelligent Transport Systems in October 2021.

A driver would be retained, but would only intervene in the event of irregularities. Trains would also operate unattended for around 1 000 m when entering and leaving a siding near Bergedorf station.

The proof of concept will test whether 5G technology is mature enough to serve as ‘the connectivity layer for future digital railway operations’, Nokia says. Under the pan-industry Future Railway Mobile Communications System programme, 5G has been identified as the most likely successor to the GSM-R technology widely used today.

‘We are very pleased to be DB’s partner, bringing digital technology to the forefront of the Hamburg S-Bahn network and rail system. Together, we have worked to research, develop and deliver the world’s first 5G-based communication system for automated rail operation’, said Kathrin Buvac, President of Nokia Enterprise & Chief Strategy Officer.