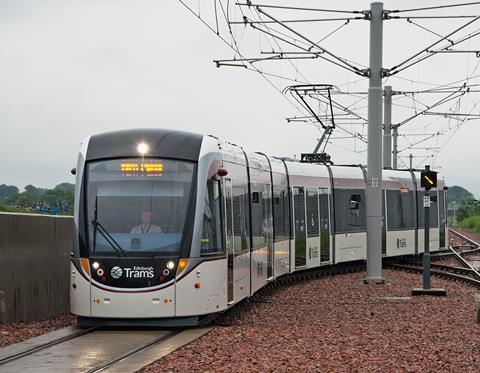 UK: Edinburgh Trams is leading development of a wristband which would monitor and analyse tram driver fatigue and well-being, with trials are planned for later this year.

Data from the wearable technology would be analysed in real time, triggering alerts at the operations control centre if the biometrics indicate a risk such as microsleep or a health condition.

The aim is to be pre-emptive, identifying symptoms that could indicate a future loss of consciousness, rather than to develop a reactive system which would intervene to stop the tram.

The Driver Innovation Safety Challenge is being led by Edinburgh Trams with the backing of industry body UKTram and Transport for Edinburgh, human factors consultancy IHF Ltd as industry partner and support from the City of Edinburgh Council and the Scotland CAN DO Innovation Challenge Fund.