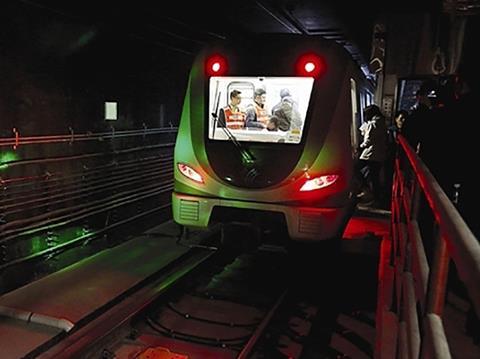 CHINA: Passenger-carrying tests started on the first section of metro Line 1 in Nanning on January 20. This followed a week of test without passengers at up to 60 km/h.

Revenue services are due to begin on June 28 on the 10·4 km section between Nanning East railway station and Nanhu. This section has 10 stations, with the depot at the eastern end.

The second phase, due to open in late 2016, would extend the east-west route west from Nanhu to Shibu, adding 21·7 km and 15 stations. Interchange with the future Line 2 would be provided at Chaoyang Square and Nanning railway station.

Construction of the underground line started in December 2011. A fleet of six-car Type B trainsets was ordered in April 2014 from CSR Zhuzhou for 870m yuan. The trains have a maximum speed of 80 km/h and capacity for 2 088 passengers, and are equipped with CCTV and a passenger information system.

Longer-term plans envisage an eight-line network totalling 252 km, to be built by 2030.