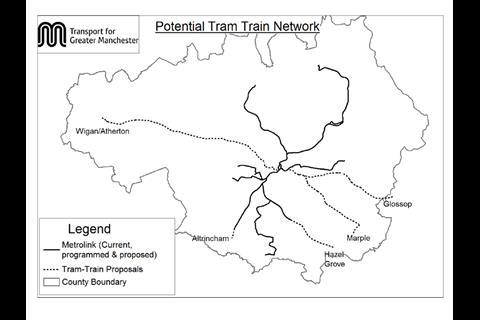 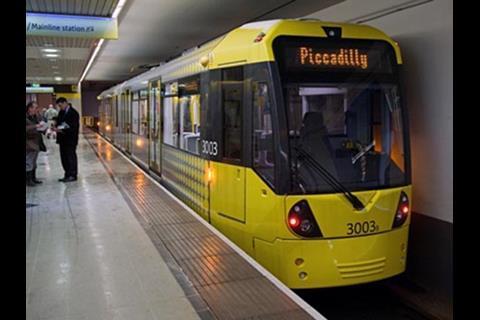 An initial study into the feasibility, cost and benefits of potential routes has identified Manchester to Marple via Bredbury as the most economically-viable initial route, which could possibly open around 2020 and would require around 24 vehicles.

Other routes that are under consideration as part of a potential tram-train network are:

TfGM said the aim is to make greater use of Greater Manchester's local rail network to provide better and more frequent access to the city centre and improved connections with other public transport. TfGM will now look at how the proposals can be developed as part of a long-term transport strategy.

The overall cost is estimated at £650m at current prices, including 66% contingency but excluding vehicles. It is expected that services would cover operating and renewal costs once initial construction costs were incurred.

'Track-sharing between heavy and light rail trains with street-running capability is already well established in continental Europe, especially in Germany', said Councillor Andrew Fender, Chair of the TfGM Committee. 'Not only are there numerous benefits to commuters, such as increased capacity and frequency and better inner-city connectivity, but tram-trains also have the potential to be financially self-sustaining.'

However he stressed that tram-train development 'very much remains a long-term project for Greater Manchester, making it difficult to identify potential implementation dates or funding'.