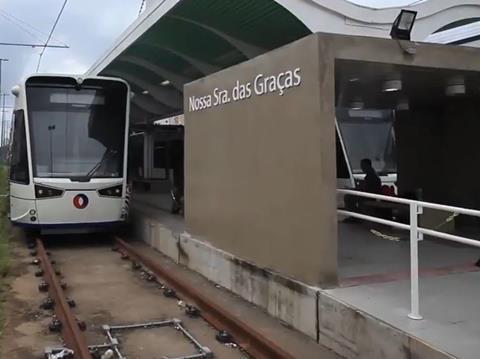 When fully operational, the 11 km first phase of the VLT network will link Barreiros in the west with Conselheiro Nébias in the east. The fleet comprises 22 Tramlink light rail vehicles supplied by a consortium of T’Trans and Vossloh under a contract signed in 2012. The first three LRVs were built at Vossloh’s Albuixech factory in Spain, with the remainder being assembled in Brazil.

A planned second phase envisages a 4 km branch from Conselheiro Nébias to Valongo. Once this opens, the network is expected to carry around 70 000 passengers per day.