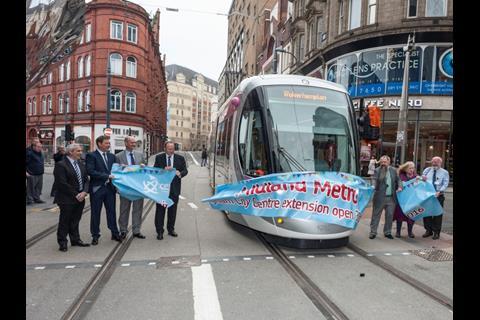 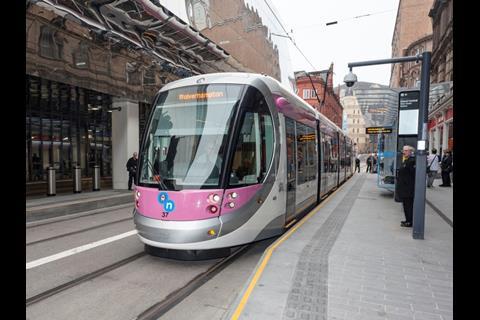 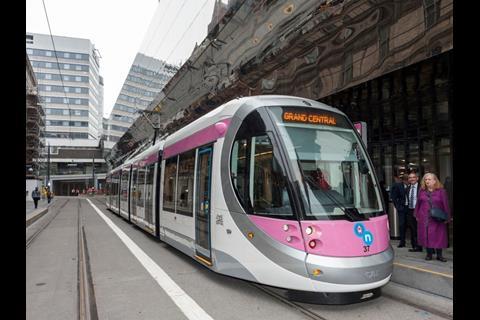 UK: The latest extension of the Midland Metro opened at 08.00 on May 30, when trams started running to New Street station in Birmingham. Test running had started on April 24.

Built by Balfour Beatty, the two-stop extension from Bull Street forms the second phase of the 1·4 km city centre extension. The first phase, from Snow Hill to Bull Street, opened on December 6.

The extension forms part of a £128m programme that also included the purchase of 21 CAF Urbos trams, refurbishment and expansion of the depot, and a new stop at Snow Hill.