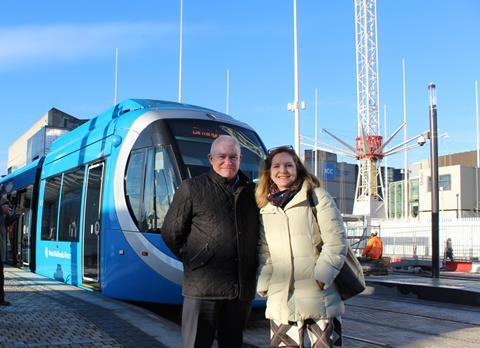 UK: The first phase of the Westside tram extension in Birmingham opened to passengers on December 11.

The extension runs from Grand Central, which serves New Street railway station, to Library stop in Centenary Square, with an intermediate stop at Town Hall in Victoria Square.

The extension features no overhead wires, making it the first modern commercial tramway in the UK with catenary-free running. West Midlands Metro’s fleet of 21 CAF Urbos trams has been retrofitted with traction batteries supplied by Saft to enable off-wire operation.

Work on the extension began in June 2017. The second phase, due to open in 2021, will add three stops and take the route to Edgbaston.