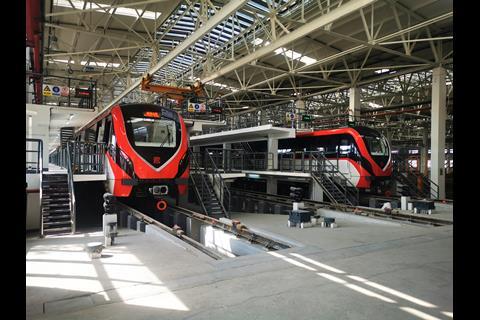 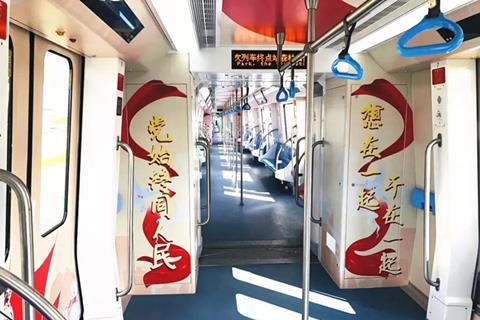 CHINA: Changzhou became the fourth city in Jiangsu province to gain a metro when Line 1 opened on September 21.

The line runs for 34·2 km north – south between Senlin Gongyuan and Nanxiashu, serving three administrative districts, residential and business areas and connecting to the high speed rail and local bus networks. There are 29 stations, with 27 being underground and two at the southern end being on a 2·2 km elevated section.

The line is equipped with the Cityflo 650 communications-based train control supplied by Bombardier NUG Signalling Solutions Co. This supports automatic train operation at speeds of up to 80 km/h.

The 36 six-car Type B trainsets have a capacity of 2 062 passengers and are equipped with MITRAC traction and control systems supplied by Bombardier NUG Propulsion System Co.

Services operate between 06.25 and 21.45, with tickets available on smart cards and mobile phone apps.

Construction of Line 1 was launched in 2014, with the first tunnel boring machine beginning work in September 2015. Tunnelling, tracklaying and the installation of electrical equipment was completed at the end of 2018, and non-passenger carrying test running started in May this year.

Wenfugong station in the city centre has provision for an interchange with the 19·9 km east-west Line 2 which is under construction for opening in 2021. Long-term plans envisage six lines totalling 208 km.