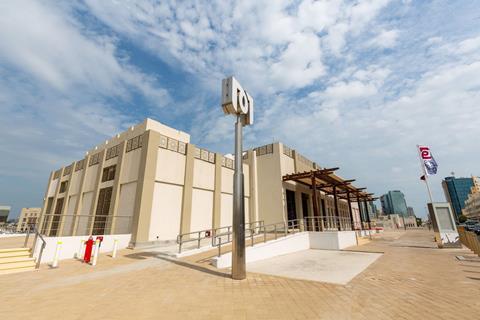 QATAR: The Doha metro Gold Line opened to passengers on November 21, a little over six months after the Red Line became the first operational metro line in the city.

The 14 km Gold Line serves 11 stations between Ras Bu Abboud in the east and Al Aziziyah in the west, including Msheireb, where interchange is provided with the Red Line. Services are operated by Qatar Rail and run from 06.00 and 23.00 (14.00 to 23.00 on Fridays) at 5 min headways.

Design and construction was undertaken by a joint venture led by Aktor and including Larsen & Toubro, Yapı Merkezi, STF and Al Jaber Engineering. Mitsubishi Corp and KinkiSharyo have supplied a fleet of three-car trainsets that are stabled in an underground depot.