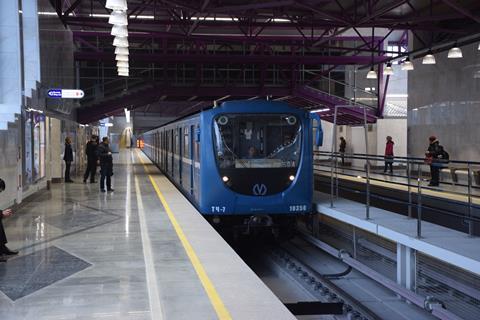 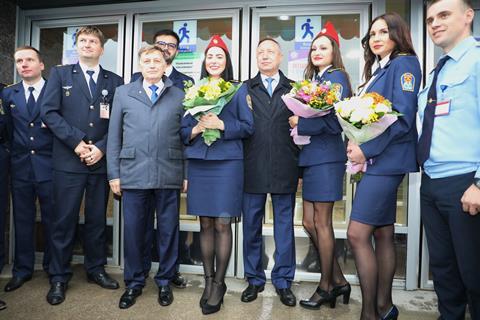 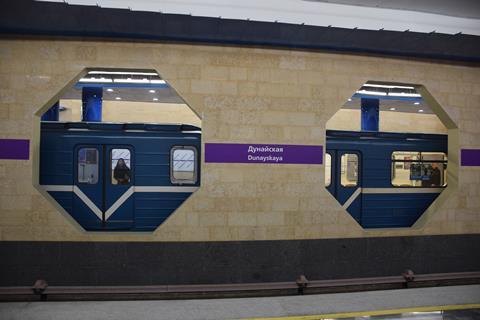 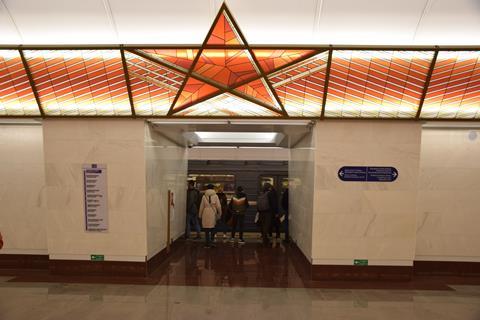 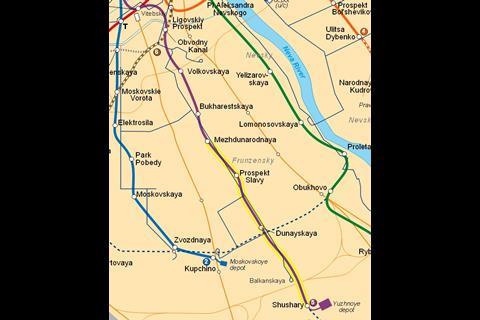 RUSSIA: A southern extension of St Petersburg metro Line 5 was inaugurated on October 3, adding three stations to the line.

The 6·4 km extension from Mezhdunarodnaya to Shushary has been built at a cost of 34bn roubles. Most of the extension runs in double-track cut-and-cover tunnels, with twin bore tunnels at the northern end and a short surface section at the southern end. Prospekt Slavy station is 59 m below ground, Dunayskaya is 19 m underground and Shushary is at grade.

Line 5 has a capacity of 40 trains/h per direction, and initial ridership at the three new stations is forecast at 997 000 passengers a day.

The Yuzhnoe depot, east of Shushary station, opened on September 5. Built at a cost of 10·6bn roubles, the depot has enabled trains on Line 5 to be lengthened from six to eight cars. Trains on Line 4 have been lengthened to seven cars.