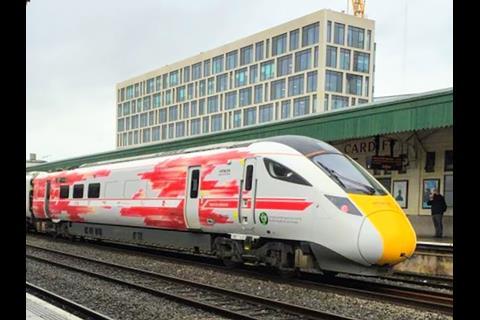 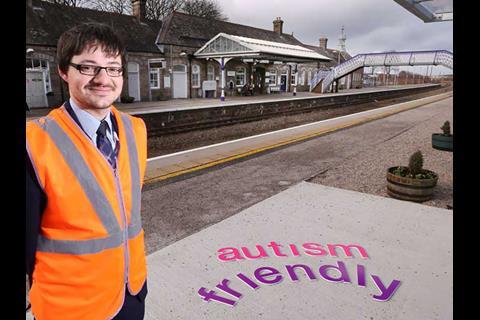 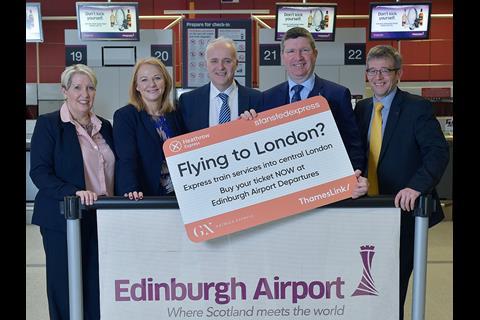 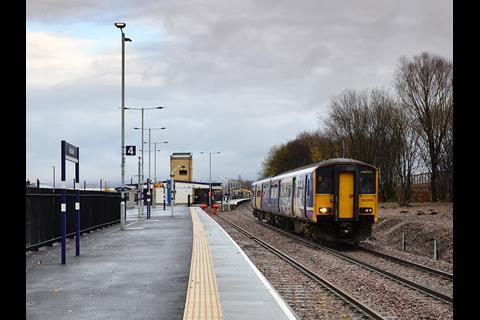 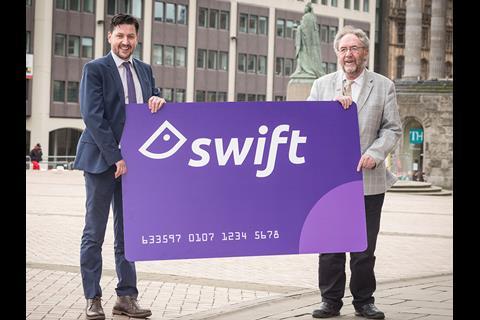 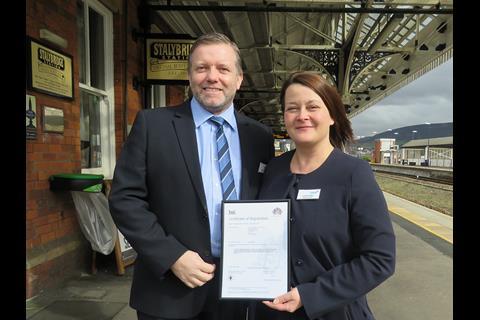 As part of the testing programme, a Hitachi Intercity Express trainset has operated to the purpose-built maintenance depot in Swansea via the Severn Tunnel, Newport, Cardiff, Bridgend and Port Talbot for the first time. 'For passengers in Wales this milestone marks another step closer in experiencing the benefits of investment in their railways', said Hitachi Rail Europe Managing Director Karen Boswell.

Train operators have agreed a rule change so that passengers who are required to pay extra after forgetting to carry a railcard entitling them to a discounted ticket will be guaranteed a refund on the first occasion in any year, provided they can produce the railcard later. 'We are planning digital railcards too that people can keep on smartphones and other devices if they prefer, making them harder to forget and easier to replace if lost or stolen', said Jacqueline Starr, Managing Director of Customer Experience at the Rail Delivery Group.

The Department for Transport and Innovate UK have announced a competition with up to £9m available to support businesses proposing 'high-value, low-cost railway innovations, which increase the value of rail services to passengers while driving down operational expense', or 'improve customer experience through station design and performance'. Each project should include at least one small or medium-sized enterprise, last up to 12 months and be valued between £150 000 and £1m.

Transport for Greater Manchester has submitted a business case to the government for ownership and management of 94 local stations be transferred from Network Rail and passenger franchisees to local control within three years; the larger Manchester Piccadilly, Victoria and Oxford Road stations would follow later. TfGM said the current model of ownership 'does not allow for long-term customer focus and planning', and as a result 'stations and their facilities have not evolved in line with customer expectations.'

The Scottish Government has formed an Aberdeen to Central Belt Team to review options for capacity improvements between Aberdeen and Dundee, and options for double-tracking between Usan Junction and Montrose over the South Esk Viaduct. The team includes representatives of Transport Scotland, Nestrans, Tactrans and the ScotRail Alliance, as well as freight and passenger operators.

The new headquarters for Transport for Wales and the next Welsh rail franchise will be at the Taff Vale building in Pontypridd, Welsh Government Economy Secretary Ken Skates announced on March 20.

ScotRail is seeking to obtain the National Autistic Society's Autism-Friendly Award for Inverurie station. Volunteers will suggest changes that could be made, and staff will take part in an awareness session. 'Even small changes can make a world of difference to people living with autism and will hopefully give them additional confidence when travelling by train', said ScotRail.

On March 20 Transport for West Midlands began switching all 9 000 customers using its nTrain direct debit season ticket scheme from paper tickets to the Swift multi-modal smart card, which has also been given a design refresh.

Bradford Council has launched the Next Stop Bradford campaign, calling for any proposed Northern Powerhouse Rail (previously known as HS3) route to include a station in the city centre. 'Leeds and Bradford have the largest daily commuter flows between two cities anywhere in the country', said Bradford South MP Judith Cummins.

TransPennine Express has obtained ISO 55001 accreditation for the management of its 19 stations. 'We are the first train company in the country to be accredited by BSI for ISO 55001', said Director of Strategy Louise Ebbs on March 21. 'Our stations are the gateways to travel in the north and are often the first contact our customers have with us.'