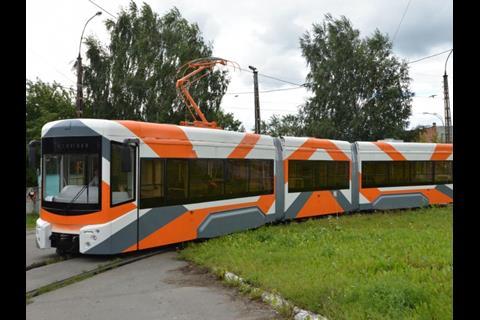 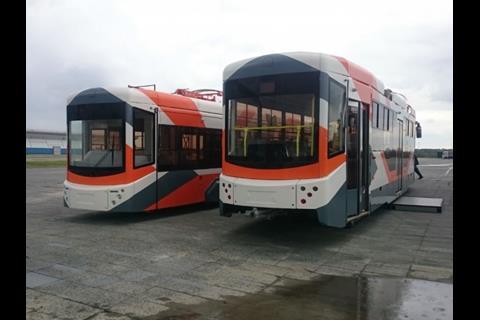 The company has updated its existing 71-409 model as a multi-articulated 100% low-floor tram available in three-, five-, seven and nine-section variants. It received type approval earlier this month following tests in Yekaterinburg. Uraltransmash’s R1 tram, a mock-up of which was unveiled at Innoprom 2014, is based on this design. However, the styling on the 71-409 is considerably different.

Uraltransmash also presented an updated version of its four-axle single-section 71-407. As well as being equipped with redesigned front ends and asynchronous traction equipment, the 39% low-floor cars can now run in multiple.

The company aims to expand its share of the Russian market and hopes that it can win orders ahead of the FIFA World Cup in 2018, which Russia is hosting. Older versions of the 71-409 and 71-407 are currently in operation in Nizhny Novgorod, Volgograd, St Petersburg, Nizhny Tagil, Tula, Krasnodar and Taganrog.