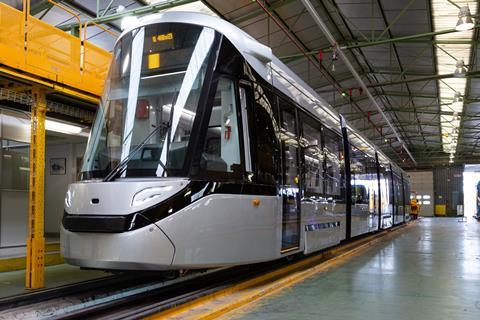 The order announced by the Spanish manufacturer on June 24 has been placed as the first option on a contract signed in September 2016. This covered an initial 63 of the bidirectional low-floor trams for delivery in 2019-22, with options for up to 60 more.