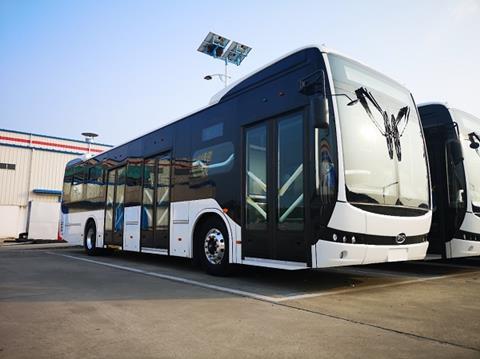 The first vehicles from what BYD says is its largest order for the Latin American market would be delivered in mid-2020, and would enter revenue service in September.

BYD says that as well as being 60% cheaper to operate than diesel buses, the fleet would eliminate 21 900 tonnes of carbon dioxide and 526 km of PM2·5 pollutant particles in its first year of operation.