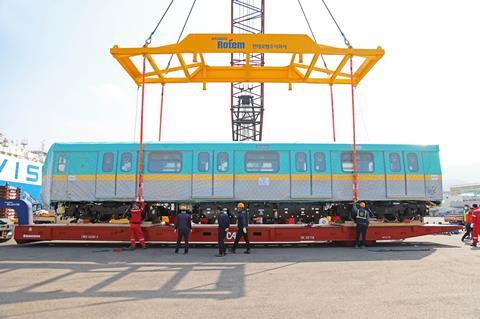 EGYPT: Hyundai Rotem has begun delivery of 256 metro cars ordered for Cairo Line 3 which is being extended to run 45·5 km east–west across the city and serve the international airport.

The 433bn won order was placed by the National Authority for Tunnel in February 2017 using a financial package developed by the South Korean government and Export-Import Bank of Korea. Deliveries are scheduled to be completed in 2023.

The 80 km/h trainsets have been designed for local conditions including summer temperatures close to 50º C, drawing on the experience that Hyundai Rotem gained from supplying 180 cars for Line 1 under a contract awarded 2012.

The 32 eight-car trains will have a capacity of 1 740 passengers, with inter-vehicle gangways so that riders can distribute themselves more evenly and reduce overcrowding.