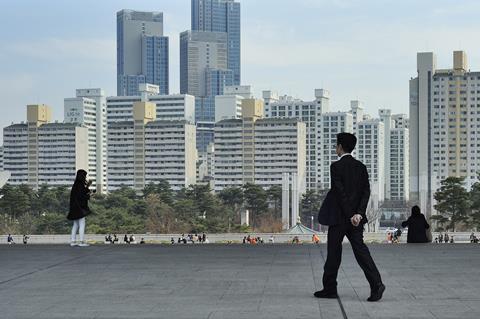 SOUTH KOREA: Hyundai Rotem has received an order to supply a further five eight-car trainsets for the Great Train Express Line A commuter rail line which is under construction in the Seoul region.

The 119bn won order announced on June 22 follows an initial order for 15 eight-car sets which was placed by project developer SG Rail in March. The vehicles will be manufactured at Hyundai Rotem’s Changwon plant.

The eight-car trains will have a capacity of 1 090 passengers. The vehicles are derived from metro car designs, but modified for a higher maximum speed of 180 km/h. Changes include the incorporation of noise-reduction measures, a greater level of air-tightness and stronger walls and doors to withstand pressure waves when entering or leaving tunnels at speed.

The 83·1 km Line A which is scheduled to open in 2023 will run in tunnel from Unjeong in the northwest of the region to Dongtan in the southeast, with 10 stations. End-to-end journey time will be slightly more than 40 min, less than half the typical travel time using existing metro services.

Hyundai Rotem hopes the Line A rolling stock contract will be followed by further orders for the planned GTX lines B and C.