Work due to start on Besançon tram 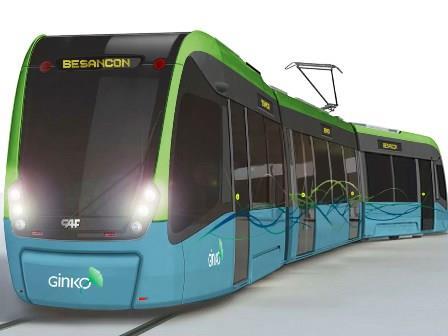 FRANCE: March 1 is due to see the start of civil engineering work for the new tram route in Besançon. STD, Sacer, Roger Martin, Colas Rail and Alstom have been awarded a €43m contract to build the 7 km western section with 13 stops between Hauts-du-Chazal and Chama

Work on the eastern 7 km section with 18 stops is due to commence in May, under a €53m contract awarded to a grouping led by Eurovia which includes Bonnefoy, Eurovia Travaux Ferroviairies, Campenon Bernard and Coteb Codiel.

Colas Rail is supplying the overhead electrification equipment, while seven substations to supply traction current at 750 V DC are to be installed by Spie Est. Signalling is to be supplied by Vossloh Cogifer.