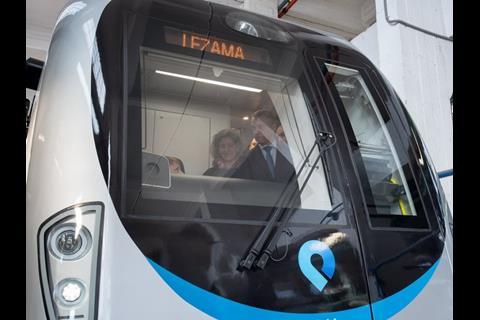 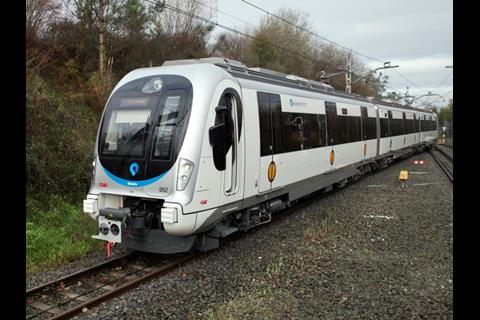 SPAIN: On February 17 EuskoTren presented the first of 28 Series 950 trainsets that CAF is supplying for the Bilbao metro.

Three 17 m long cars give a total capacity of 296 passengers, including 94 seated. There are two driving motor cars and an intermediate trailer, with provision for the addition of a fourth car in the future.

Due to open in late 2016, the 5·9 km Line 3 would link Etxebarri and Matiko, including an interchange with the existing metro lines at Casco Viejo.