Doha tram track to be provided by Rail.One 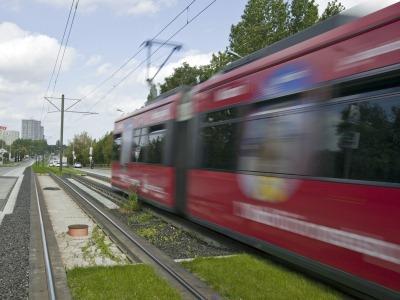 About 15 km will be concreted, with a short section will be covered with turf. Around 14 000 TB/BZ concrete sleepers for the track will be produced in Hail in Saudi Arabia.

The standard gauge catenary-free tramway is due to open in late 2015. A fleet of 19 three-section Siemens Avenio low-floor trams will work the line, which is one of two light rail networks planned for Qatar, alongside the Lusail light rail project. It will interchange with the Green Line of the planned metro.