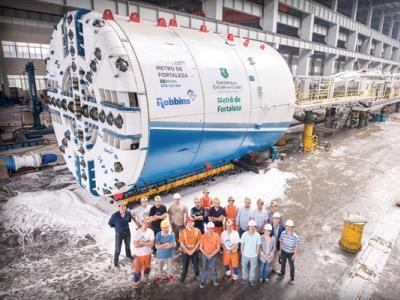 BRAZIL: A consortium of Acciona and Cetenco Engenharia has been awarded a R$2·3bn contract to build the Fortaleza metro East Line.

The 12·4 km East Line will have 12 stations, of which 11 will be underground. It is expected to carry 400 000 passengers/day, and will provide interchange with the West and South lines. It is being partly funded by the federal government.

The contract includes the assembly of four tunnel boring machines that Ceará government had procured earlier in the year. The 6·92 m Robbins earth-pressure-balance machines have been manufactured in Pudong, China. They are expected to begin boring next year.