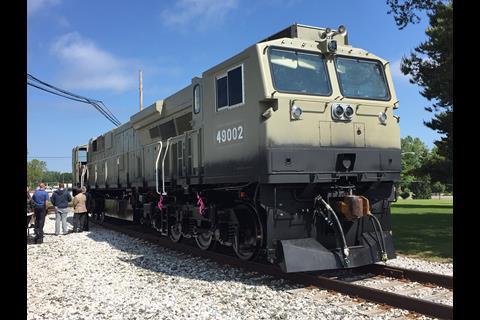 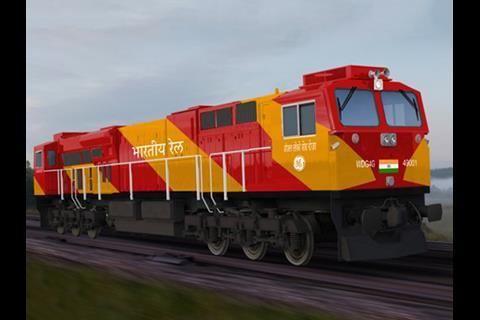 INDIA: The first of 1 000 Evolution Series diesel locomotives which GE Transportation is to supply to Indian Railways over 10 years was unveiled at the manufacturer’s plant at Erie in the USA on June 1.

GE Transportation is to supply 700 locos of 4 500 hp and 300 of 6 000 hp under a US$2·6bn joint venture agreement signed with the Ministry of Railways in November 2015, the largest contract ever won by GE in India. They will have Tier 1 GEVO engines.

The first 100 of the twin-cab 1 676 mm gauge locomotives are to be exported from the USA complete or in kit form. To meet the requirement for local production under the government’s Make in India programme, the other 900 are to produced with mainly Indian components at a factory which GE is building at Marhowra in Bihar. This is expected to be completed later this year, and will produce two locomotives per week for the current contract.

GE will also develop facilities at Roza in Uttar Pradesh and Gandhidham in Gujarat to support long-term maintenance of the fleet.