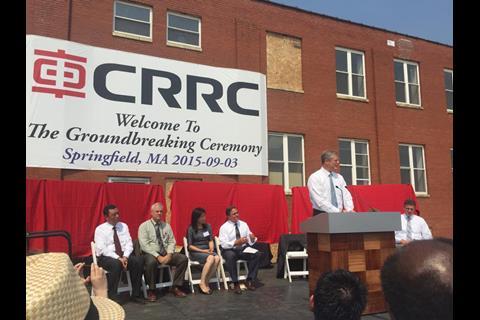 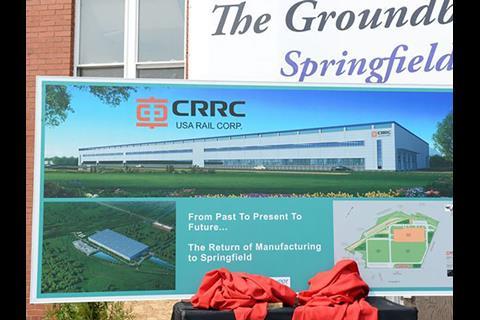 USA: Governor of Massachusetts Charlie Baker joined Mayor of Springfield Domenic Sarno and CRRC Vice-President Yu Weiping on September 3 for a groundbreaking ceremony at the site of the Chinese company’s future US rolling stock plant.

The contract required 60% US domestic content, and so the suppliers agreed to build a $95m final assembly plant and test track at the former Westinghouse site in Springfield.

Construction is scheduled to get underway in spring 2016 for completion in late 2017. CRRC USA Rail Corp expects to recruit an initial 150 employees. Full production would begin in spring 2018, with the first series-built cars completed in January 2019.

‘We have an exciting road ahead as we embrace this unique opportunity to partner with Massachusetts on our first transportation project in the USA,’ said Yu. ‘We look forward to the success of this project and enhancing our vision of building further partnerships in the transportation sector.’