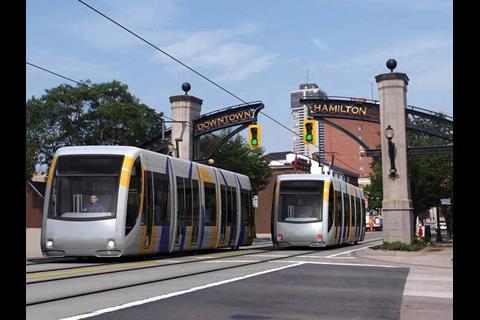 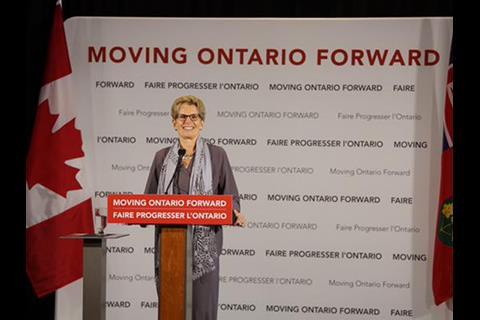 CANADA: Ontario’s Premier Kathleen Wynne announced up to C$1bn of provincial funding to cover the entire capital cost of the Hamilton light rail project on May 26. Procurement is expected to begin in 2017, for construction to start in 2019.

The planned light rail line would run from McMaster University, along King Street and Main Street through central Hamilton to Queenston Circle. There would be an interchange with the West Harbour GO commuter rail station, which is expect to open this year, and a ‘high-order pedestrian connection’ to the Hamilton Centre GO station is planned.

The light rail route has been cut back from the original proposal, but the longer-term plan is to extend the line to Eastgate Square, taking it to 14 km and 18 stops. Ridership is predicted to reach 8 million passengers/year by 2031.

The line is the priority section of a previously-proposed five-line network which was studied by consultants led by Steer Davies Gleave.