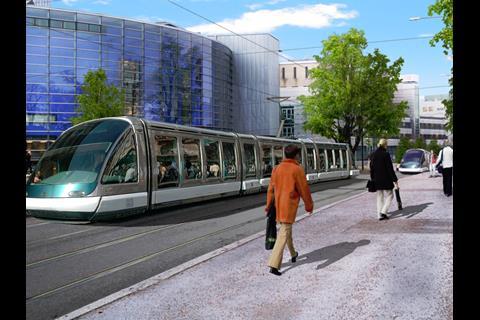 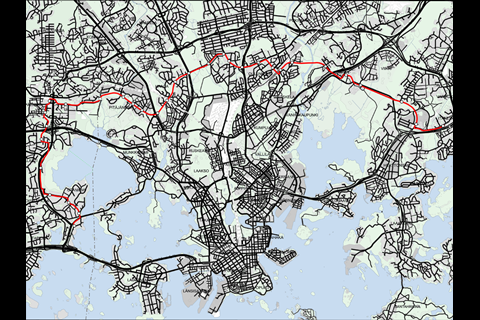 FINLAND: Ramboll and WSP have been appointed to study the costs, feasibility and wider impact of constructing the proposed 25 km Raide-Jokeri orbital light rail line. The route linking the Itäkeskus district of Helsinki with Keilaniemi in neighbouring Espoo would partially replace the region’s busiest bus service, the Bussi-Jokeri, which carries 30 000 passengers/day.

Helsinki and Espoo councils will review the consultants’ conclusions in 2016 before deciding whether to go ahead with constructing the line, which could open in 2020-22. The alignment would be mostly segregated from other traffic, and designed with ‘a focus on smooth, uninterrupted service’. There would be 32 stops, and it is estimated that weekday ridership could reach 100 000 passengers/day by 2040.

‘This vital cross-region service requires a rail link with a higher capacity and a higher service level’, said Pekka Kuorikoski, Project Manager at Ramboll. ‘Raide-Jokeri will also significantly influence land use in the vicinity of the track in the near future, and this is in scope for the project plan as well.’

A previous report recommended that the new line should use the same 1 000 mm gauge and 2 400 mm wide vehicles as Helsinki’s existing tram network, but should have provision for the future use of 2 650 mm wide cars offering greater capacity.