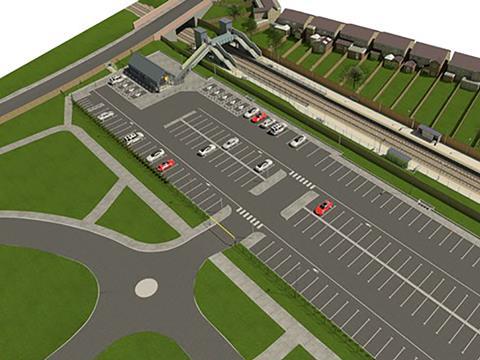 UK: Contractor Buckingham Group has begun site clearance for the construction of Maghull North station between Maghull and Town Green stations on the Ormskirk branch of Merseyrail’s Northern Line.

The station is being developed by Network Rail on behalf of local transport authority Merseytravel, with opening scheduled for May 2018.

Facilities will include a staffed building and ticket office with a passenger toilet, step-free access with lifts and a bridge, a 156-space car park, pedestrian and cycle routes, and future provision for electric vehicle charging points.

The £13m scheme is being funded by the Government’s Local Growth Fund, Merseytravel and the Homes & Communities Association which previously owned the land.